Explaining the Relationship of an Electromagnetic Field

The electromagnetic field is a formation of magnetic lines of force surrounding a conductor, which is created by electrical current in the conductor. Electric motors, such as vehicle starter motors, use this magnetic field interaction to convert electrical energy into mechanical energy. The mechanical result is work being done as a high-torque motor. All ignition systems use electromagnetic induction to produce a high-voltage spark from the ignition coil.

Let’s walk through these concepts one by one. We will start at the atomic level by considering the electric charges in the atoms that make up matter.

To review, atoms are composed of three types of subatomic particles: 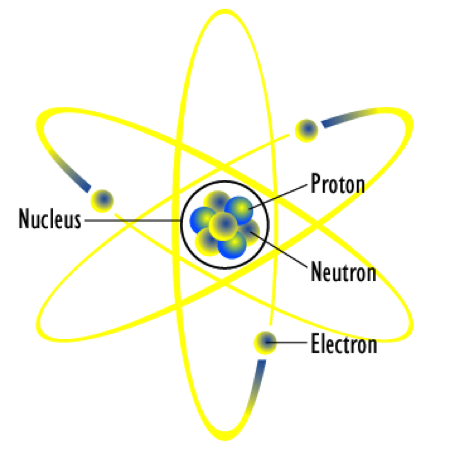 Figure 1. Diagram of the atom. Electrons orbit the protons and neutrons contained in the central nucleus. CC BY 3.0 by Fastfission.

We see that electrons and protons attract one another because of their complementary charges: one is negative, the other positive. 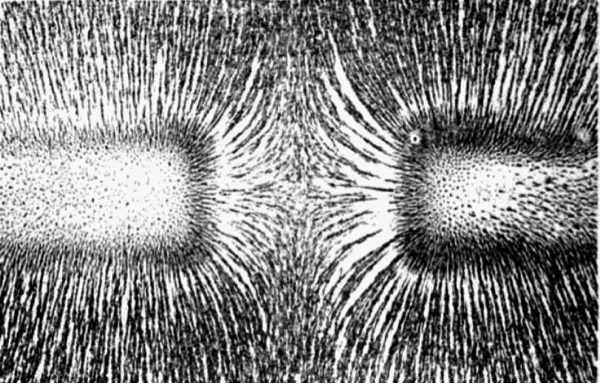 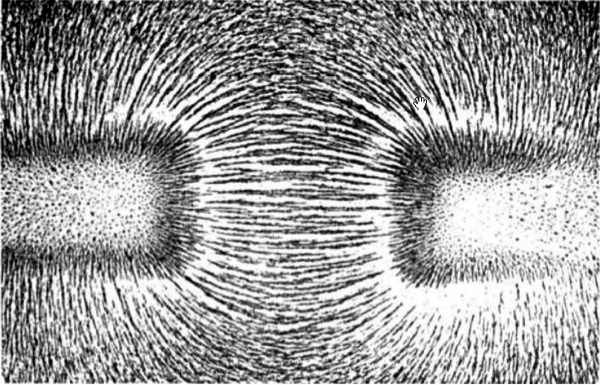 Figure 3. Photograph of the magnetic field of the same two bar magnets with unlike poles close together and thus attracting. Public Domain by Alexander Wilmer Duff, 1916. 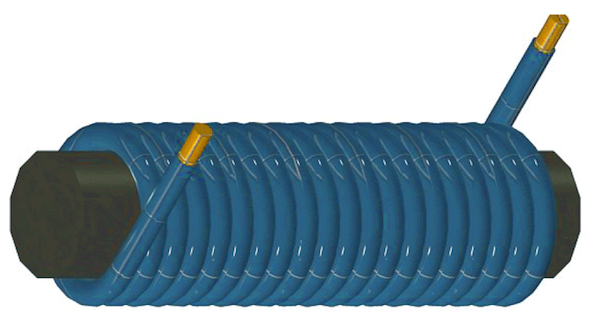 Figure 4. A simple electromagnet, consisting of an insulated wire wound around an iron core. When an electric current is passed through the wire, the iron core becomes a magnet, with a north pole at one end and a south pole at the other. Public Domain by Berserkerus as modified by Chetvorno.

Figure 4 depicts an electromagnet. Its conductor is composed of coiled wire that conducts the current flowing through. Its core is a ferromagnetic (easily magnetized) material like iron, nickel, or cobalt. Remember that electrons, being negatively charged, seek a positive potential. In a conductor, only the electrons move; atoms do not move. Electrical pressure is needed to dislodge a valance electron from its atom and cause it to move through the conductor from the most negative point to the most positive point. When electrons move through the conductor in this way, it is called current. For the current (electrons) to flow, there must be a source of electromotive force (emf) or voltage.

Voltage can be generated by various methods, one of which is induction. Electromagnetic induction uses flux lines (the force lines in a magnet) in conjunction with a conductor to generate a voltage. It is the ability of magnetic force lines to create a voltage on a metallic wire or surface (i.e., the conductor) due to movement of either the magnetic field or the conductor. If both are stationary, then nothing happens; only when the magnetic field is altered do the force lines move. The quantity of induced voltage is dependent on the speed of the wire/field. The amplitude of induced voltage is dependent upon the number of positive peaks. The direction of induced voltage and the direction in which current flows is called polarity.

You have learned about the theory of electromagnetism; now let’s look at some of its applications to electric vehicle technology. From above, you know that voltage can be electromagnetically induced and can be measured. Induced voltage creates current.

First, the principle of electromagnetic induction is used in powering generators. Between the poles of a magnet or electromagnet, a mechanically powered source causes a coil to spin, converting mechanical energy into electrical energy. Enormous generators driven by steam or water turbines are used to supply our communities with electricity. A generator may be designed to produce alternating current (AC) or direct current (DC) electricity. Automobiles use AC generators, called alternators, as a main source of voltage when the engine is running. The AC generated is changed or rectified into DC for use in the vehicle.

Second, the principle of electromagnetic induction is used in powering AC induction motors. Motors, in contrast to generators, convert electrical energy into mechanical energy. Electric motors are perfect for vehicles due to AC induction, which produces maximum torque at low speeds. They are the perfect power source to get a vehicle moving from a stop. Watch this brief video to see the AC induction motor at work:

The AC induction motor contains electromagnets that are wound on a frame; the electromagnets consist of current-carrying coils of wire placed in a magnetic field. Electromagnetism produces motor torque. Alternating current consists of fluctuating voltage and reversing polarity. The interaction between the two magnetic fields causes a bending of the lines of force. The attraction and repulsion of these magnetic poles caused by the reversing polarity produce the desired rotary movement. In an electric motor, the rotating part, usually on the inside, is called the rotor. The rotor bars carry large amounts of induced electrical current. The magnetic fields around wire coils make up stator poles that interact magnetically with the rotor to generate rotor motion and torque.

This video shows you how regenerative braking works: