Find out where DIYguru grads get placed. > Get our Placement Stats
Book Your Free Trial, Now >
Reading:
This EV startup is building world’s first solar-powered electric SUV
Share this:

The surge in electric vehicles across the world is now quite real as most carmakers are now switching to EVs and strategising their future goals based on it. But some concerns still persist, like setting up ample charging infrastructure or ending dependency on fossil fuel to generate power and reduce carbon footprint. One carmaker has set on a mission to do just that by using solar power to charge up its electric vehicles.

Meet Humble Motors, an electric vehicle startup based in California, which recently showcased World’s first solar powered SUV Humble One. Founded in 2020 by industry veterans including an award-winning Formula 1 race car designer, Humble Motors has replaced the sunroof on top and replaced it with a panel that has photovoltaic cells. These cells will help store solar energy that the vehicle will be able to use to recharge itself, even on the go.

Humble Motors is using solar roof, electricity-generating sidelites, peer-to-peer charging, regenerative braking, and fold-out solar array ‘wings’ for the SUV. With all these technology the SUV can recharge the battery while being parked, generating enough electrical power to increase driving range by 15-95 kms every day. The figures may vary at different places depending on how much sunlight they get every year.

As far as the technical details of the Humble One concept SUV is concerned, the specifications are attractive enough to excite a lot of people. The four-door, five-seat SUV claims to have a range of more than 800 kms on single charge. The figure is better than even some of the leading electric vehicles currently available across the world. Humble Motors also claimed that the SUV can churn out a maximum 1020 hp of power and is 0.25 drag coefficient.

The Humble One concept SUV stands 5,029 mm long, slightly longer than a Toyota Corolla. It is shorter than the Tesla Cybertuck, and weighs 1814 kgs, about 680 kgs lighter than the US carmaker’s flagship electric pickup.

Humble founder Dima Steesy said, “We think solar is the future of mobility and that solar-powered electric vehicles are the clear next step to tackling carbon neutrality in the transportation ecosystem.”The Humble One solar-powered SUV is still at a concept stage, but it promises some interesting prospects for the industry which is decisively shifting towards electrification. Solar-powered cars will not only reduce dependency on fossil-fuel generated power to recharge electric cars, it also promises to help reduce overall cost for the manufacturer or governments to set up charging infrastructure separately. 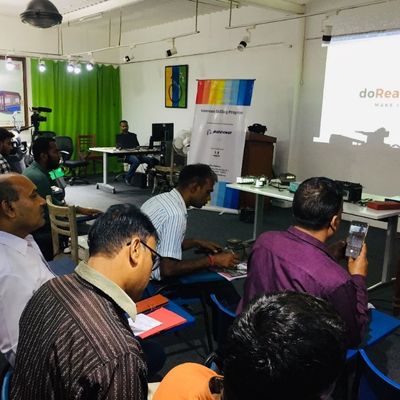 In just one day, Kia gets 21,000 reservations in this country for its latest EV