One of the best tools in the fight against air pollution is education. By educating people on the importance of clean air, what they can do to lower their own emissions, and how to be aware of the air quality in their area, the problem of pollution can be better addressed.

One of the best tools in the fight against air pollution is education. By educating people on the importance of clean air, what they can do to lower their own emissions, and how to be aware of the air quality in their area, the problem of pollution can be better addressed.

This eight-hour course introduces you to the science and basic terminologies of pollution, the current global framework, and the elements of a framework for action to mitigate the growing threat of pollution in India and worldwide.

Upon successful completion of the course, participants will receive a certificate from DIYguru. The e-learning course is comprised of six lessons that provide links to the relevant information and concepts of the Vehicular Pollution. The lessons are comprised of an interactive module, additional materials and a pdf hand-out. The core content of these lessons is complemented with videos, publications and other web resources. You can also interact with other students and share your stories in the chat rooms and forums.

Have you ever been walking down a busy high-street and been overcome by the smell of exhaust fumes from cars passing by? The air in front of you seems to be clear, but the smell is overwhelming. This is because once the initial white smoke comes out of a car exhaust and dissipates, harmful chemicals remain in the air but appear invisible to the human eye.

Research by The Independent used an infra-red camera to look at a bus stopped at some traffic lights surrounded by cyclists and shoppers. The camera showed that harmful particles such as nitrogen oxides were swirling around the cyclists and being blown to the other side of the street when they would balloon up into the shoppers faces without them knowing.

This makes you wonder how differently we would feel if these chemicals emitted from car exhausts were visible in the air around us.

Would we become more climate conscious? How would our relationship with the combustion engine change?

What is the Air Quality Index? (AQI)

The AQI is used by government agencies around the world to gauge how polluted the air is in their cities. It’s currently the best indicator of how vehicle emissions are responsible for polluting our cities.

The index uses five criteria to gauge this:

There are 6 different levels when it comes to rating air quality, each with their own grade of health implications:

– Car exhaust fumes are responsible for more deaths than traffic accidents in the UK and US, according to the Massachusetts Institute of Technology

– Delhi in India has air quality 10 times worse than London

– Istanbul’s air quality is considered unhealthy during busy periods throughout the day, affecting the hearts and respiratory systems of healthy individuals

– Bnei Brak in Israel has the lowest air quality on Earth

Which Iconic Cities Need To Clean Up Their Act? (Comparing 2018 Air Quality Levels to 2018 International Visitors)

The Top 10 Cities with the Worst AQI Rating

According to Air Matters, the air pollution in two cities around the world can be described as hazardous: Bnei Brak, Israel and Hotan, China. This means that usually healthy individuals will experience reduced endurance and will show strong symptoms of illness. Senior citizens and anyone carrying an illness are advised to stay indoors. The 8 remaining cities on our list are described as very unhealthy, meaning that inhabitants may begin to experience respiratory issues.

Which Chemicals are Released by a Car Exhaust?

There are several chemicals released by combustion engines that are harmful to humans.

Benzene (C6H6) – This substance is produced from exhausts of vehicles as unburnt fuel during the combustion process. It occurs naturally in small amounts of diesel and petrol. Benzene is highly toxic and long-term exposure has been linked to leukemia.

Carbon Dioxide (CO2) – Reducing the amount of CO2 in our environment is one of the main goals for governments around the world. The reason is that, although, the substance is non-toxic, it is a dangerous greenhouse gas and contributes to acidification of the oceans.

Carbon Monoxide (CO) – Carbon Monoxide is odourless and colourless and is caused by an incomplete combustion process. However, it can be extremely harmful. It has been known to cause irritations such as headaches and respiratory problems.

Hydrocarbons (HC) – Emitted as unburnt fuel, hydrocarbons also evaporate from the vehicles fuel tank. In sunlight, hydrocarbons react with NOx to create photochemical oxidants which can cause breathing issues and make symptoms, such as asthma worse.

Nitrogen Oxide (NOx) – Produced in any kind of combustion produce, NOx is oxidised in the atmosphere and is one of the major contributing factors to acid rain. It has been known to cause lung irritation and reduce the immune system when fighting respiratory infections. Tie in something about how this has resulted in the decline on diesels?

Particulate Matter (PM) – Soot is often a byproduct of using a motor vehicle powered by fossil fuels. Tiny particles, smaller than one-tenth the diameter of a human hair, can seriously impact the health of a human being as they penetrate deep into the lungs. Diesel is one of the major causes of PM pollution.

Sulphur Dioxide (SO2) – By burning fuel that contains sulphur, especially the likes of diesel and coal, combustion engines cause contamination when the sulphur reacts in the atmosphere to form fine particles and other pollutants. This can cause a major health risk, particularly to children.

What If We Could See Exhaust Emissions

Select Car Leasing has created 10 images of the most iconic cities on the planet to show what their busy streets would look like if humans could actually see the hazardous chemicals produced by vehicle exhausts once the initial plume of smoke has dissipated.  The images are quite startling and clearly raise questions regarding the true levels of pollution in our global cities.

How Dangerous are Vehicle Exhaust Fumes Compared to Other Causes of Death?

Although the risk of exposure to vehicle exhaust fumes is rarely talked about at any great length in the media when compared to other preventable causes of death, such as consumption of alcohol or tobacco, the statistics show that the number of deaths are similar.

A study by the Massachusetts Institute of Technology concluded that in the UK, 5,000 people die every year as a result of heart attacks and lung cancer caused by vehicle exhaust fumes. That’s three times as many who die from traffic accidents. Pollution from overall UK combustion emissions, which includes powerplants and other forms of industry, accounts for 13,000 deaths per year.

How Cities Are Taking Strides to Fight Rising Emissions

Despite many major cities falling foul of the AQI regulations, several cities are beginning to make significant strides to combat their rising emissions. Here are the five major ways they’re doing this.

Many cities have begun attempting to restore previous environmentally friendly features in the form of “green streets”. These are  a new way of organizing our streets to help increase their functionality and manage stormwater which would otherwise gather pollutants and enter our drains, thus contaminating our water supply. Also, in many French cities, laws are being created to ensure all new buildings feature a green roof or solar panels.

Cities are beginning to deploy smart solutions across their busiest routes and motorways in order to curb the excessive pollution caused by public transport. It helps if your city has a large number of electric buses, but there are other novel ways to make public transport more efficient and greener. In Spain’s capital, Madrid, technology is now in place to harness energy from metro trains. The energy is regenerated and used to charge electric vehicles.

There are programs offered by governments around the world to home and commercial property owners that offer a substantial reduction in taxes and other subsidies in exchange for reducing their carbon footprint. This in turn reduces the cities overall emission rating and improves air quality. Many countries including the UK and US, offer tax incentives relief and grants for electric cars, helping consumers save money and improve the environment.

It’s important that a city embraces and makes use of all forms of renewable energy if they want to reduce pollution and improve air quality. Many cities have began installing solar panels on the outside of their buildings, including Los Angeles, New York and Denver. Aspen recently became the third US city to achieve the goal of operating on 100% renewable energy after Burlington, Vermont and Greensburg, Kansas.

In this 8 Hrs. of online course, you will be learning the following points in detail –

Methods for Purification of car air

When you start your car in the morning, roll down your window to let the air circulate. Next, run car AC in indoor circulation mode, which will reduce the PM 2.5 level considerably.

Alternative on refraining from morning walks

Exercising is essential but not when we are breathing toxic air. People who walk, run/jog or engage in any outdoor activity should refrain from doing so until the smog settles. Shift these activities to evening hours.

What is the best use face masks when going outdoor

N95/99 masks should be used whenever you step out.

Air Purifying plants such as Aloe Vera, Ivy and Spider Plant can be placed in the home and offices. They help purify indoor air and minimise indoor pollution.

How to Ventilate your kitchen, bathroom

To avoid indoor air pollution, make sure there is a chimney in the kitchen and an exhaust in the bathroom. This will ensure that the air is recirculated. Not many know that indoor pollution can be worse than outdoor pollution.

Do not allow your children (less than 8 years to age) to be outdoor. If possible, request school authorities to suspend outdoor activities.

What are the best and cost-effective air-purifiers

Use air purifiers, especially in kids room and the room of elderly (and even pregnant women). They are most prone to the ill effects of this toxic air.

Best methods to ventilate your home

Open your windows and doors between 3 pm – 5 pm and allow the air to circulate. On a bright sunny day, this is the time slot when concentration of PM 2.5 is the lowest in the air.

What Healthy fruits are needed to keep your body fit?

No Reviews found for this course.

What People Say about Us. 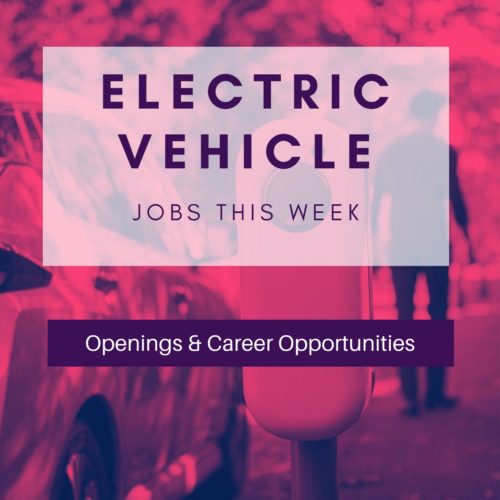 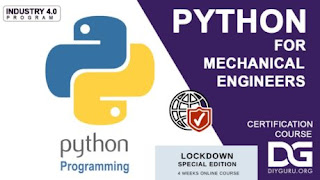 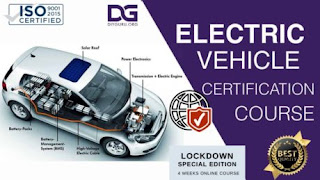 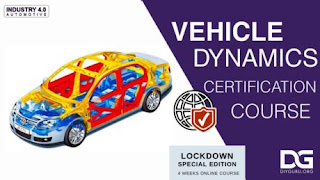 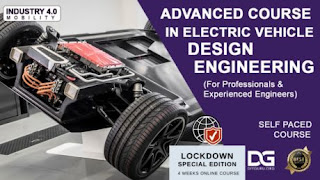 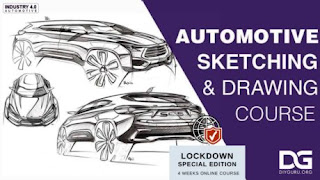 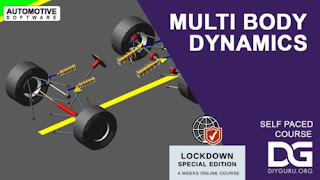 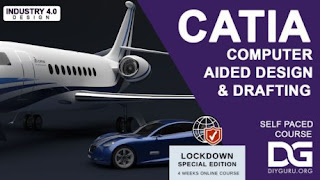 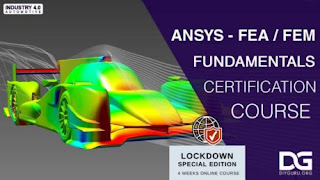 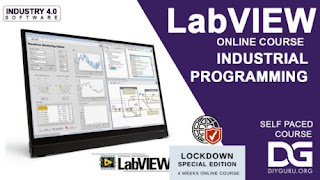 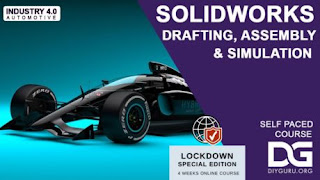 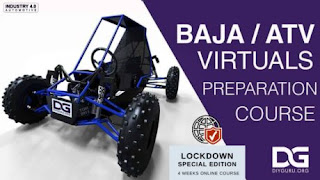 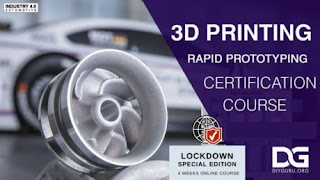 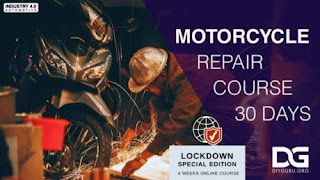 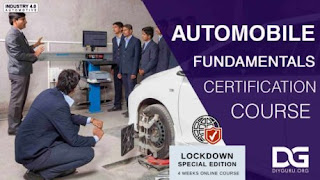 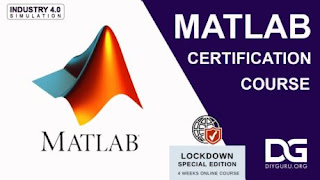 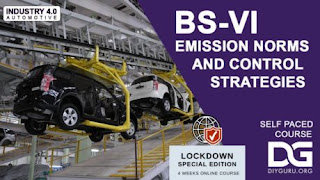 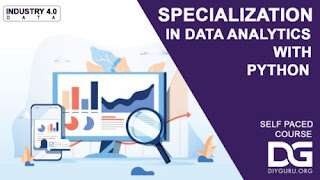 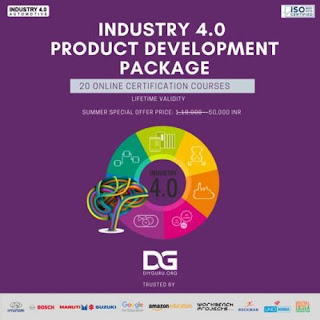